The heat is approaching, and the temperature in the city is rising, as well as the vigorous vitality of Mankun technology employees. In order to further refine the team culture and enhance the sense of collaboration, the outdoor expansion activities of Ji'an Mankun Technology in July were carried out as scheduled.

一、The beginning of the activity

The expansion activity is carried out in groups. Before the activity, the host organizes all personnel to be randomly divided into several groups, and each group selects a team leader. After their own heated discussion, each group of personnel designs team names, slogans and team songs for their own teams. 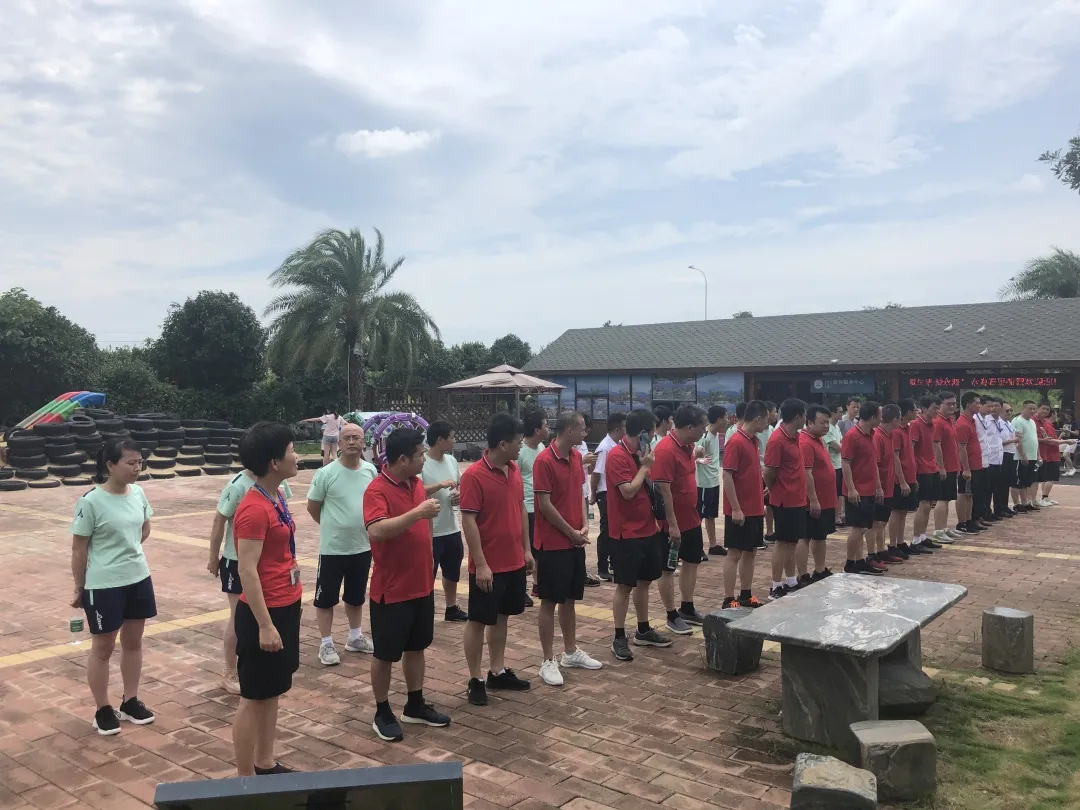 There were four links in the activity. Before each game, the staff gave a full demonstration and introduced the game rules and precautions.

More than 40 students formed a circle in the base, and completed a series of ice breaking games such as untie the knot with their hands crossed, peach blossoms blossoming, flowers blooming and falling, spring and autumn coming, etc. according to the instructor's instructions. The students held hands and ran in circles on the grass, supporting each other and cooperating with each other, successfully completing the game problem set by the instructor. Through the ice breaking game, the students' spirit gradually rose and began to really participate in the atmosphere of expansion activities. 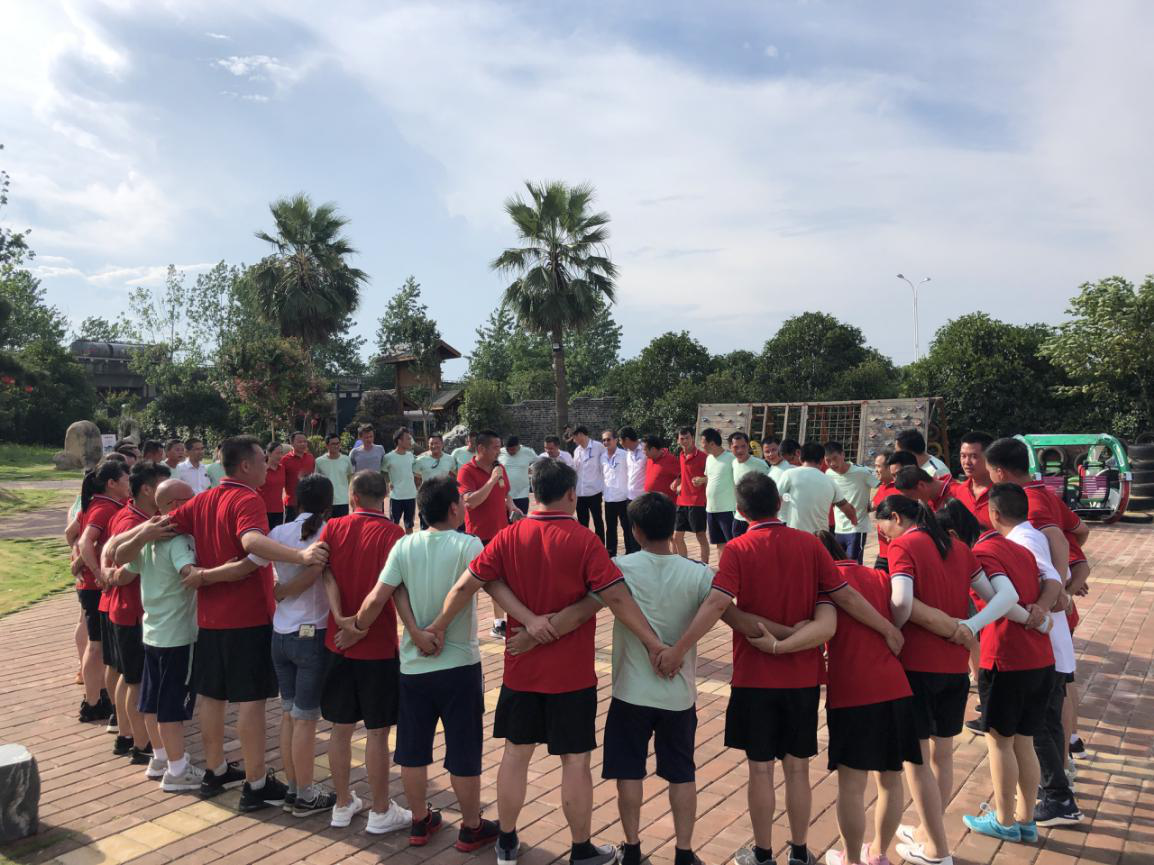 The players got acquainted with each other through ice breaking games. Then came the small link to cultivate team trust! 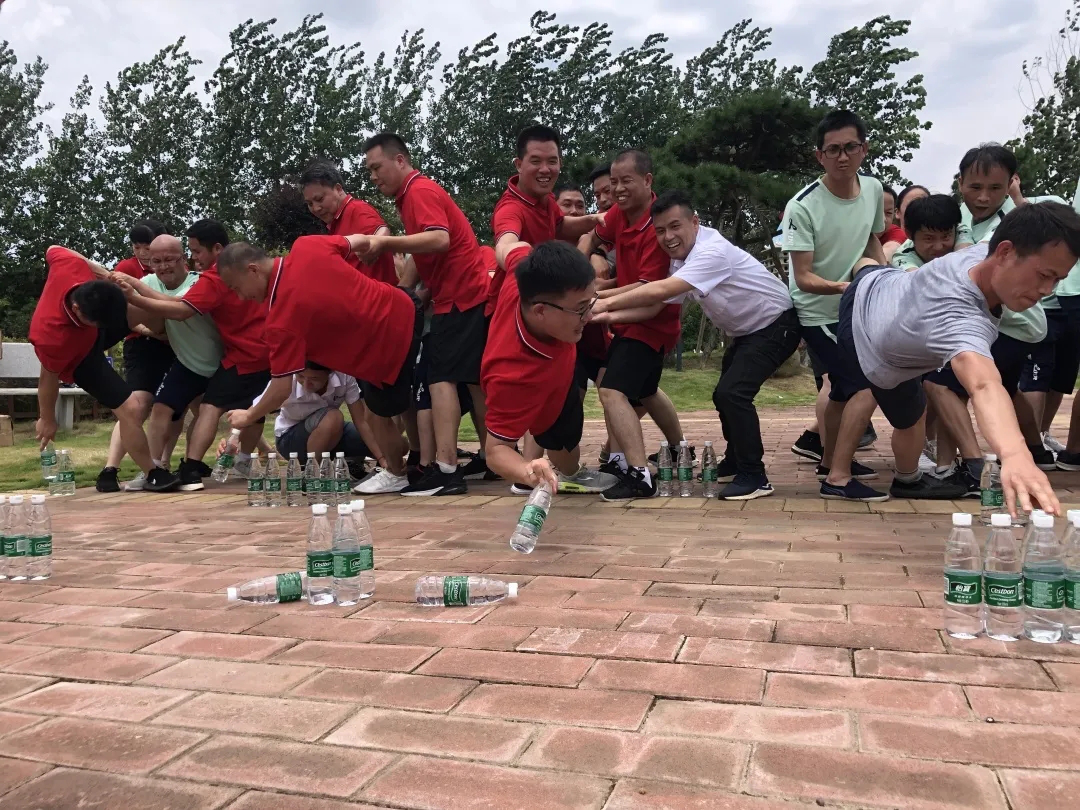 3、The magic of love goes round and round

The next game we played was "The Magic of Love Circles", which was completed by 5 people together to test teamwork and teamwork! Seven small teams were unwilling to be outdone and joined the team. The tacit cooperation among the team members won the praise of the instructors one after another.

Through this small game, the team members can also understand how to find a good position in the team to play their advantages; The key to the success of a team is to establish a plan, clarify the division of labor, and effectively organize and coordinate. 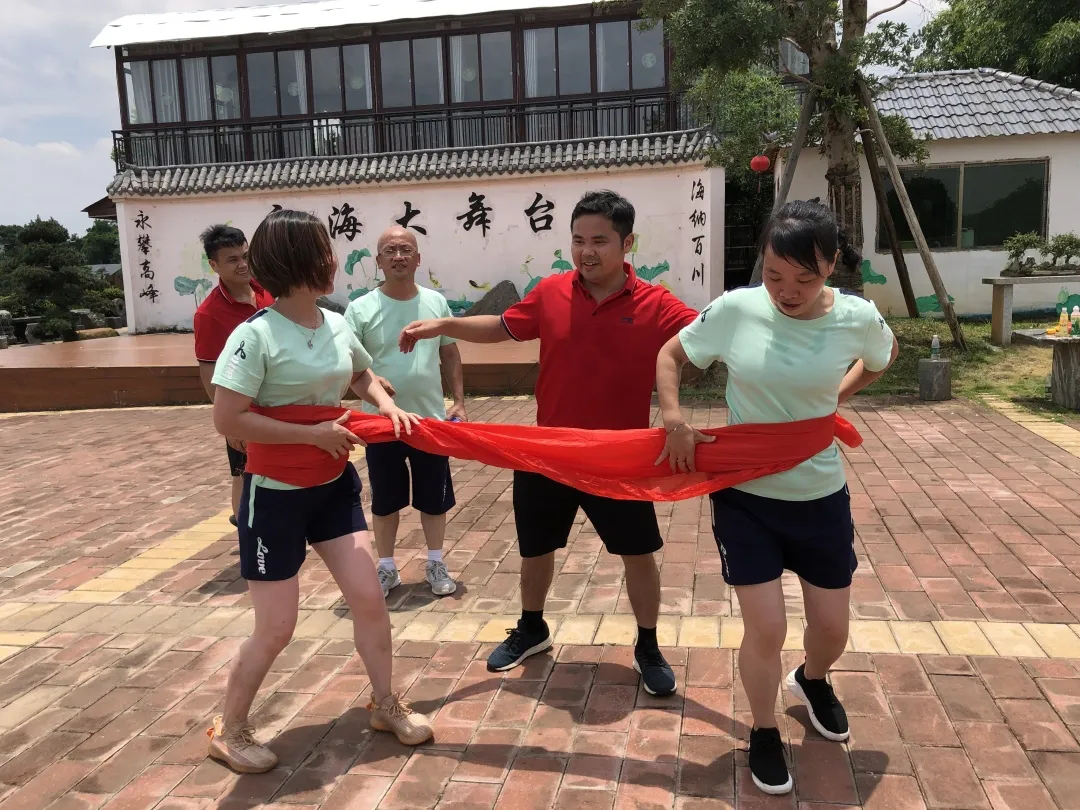 4、Reptile Race Walking
In the "reptile race walking" competition in a group of 10, the contestants grabbed the pants of the first place and squatted in a column. During the process, all the contestants must keep pace and step forward. Once the pace is disturbed, they will stagnate or break in the middle. All contestants need to shout "1, 2, 1, 2..." to adjust their pace and rush to the finish line to fully test their cooperation ability and teamwork ability. 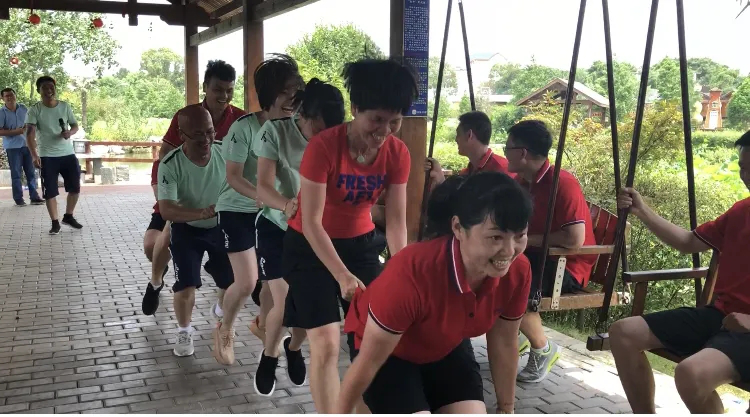 "Qiang, Qiang, Qiang..." While we were playing the game, our logistics personnel began to prepare lunch. They had a clear division of labor and cooperated closely. They washed vegetables, cut vegetables, cut firewood, set fire, fried vegetables, washed dishes, and cooked chopsticks. All kinds of sounds combined into a beautiful "Picnic Symphony". Soon, the logistics personnel presented their own good dishes, which was comparable to a cooking competition. 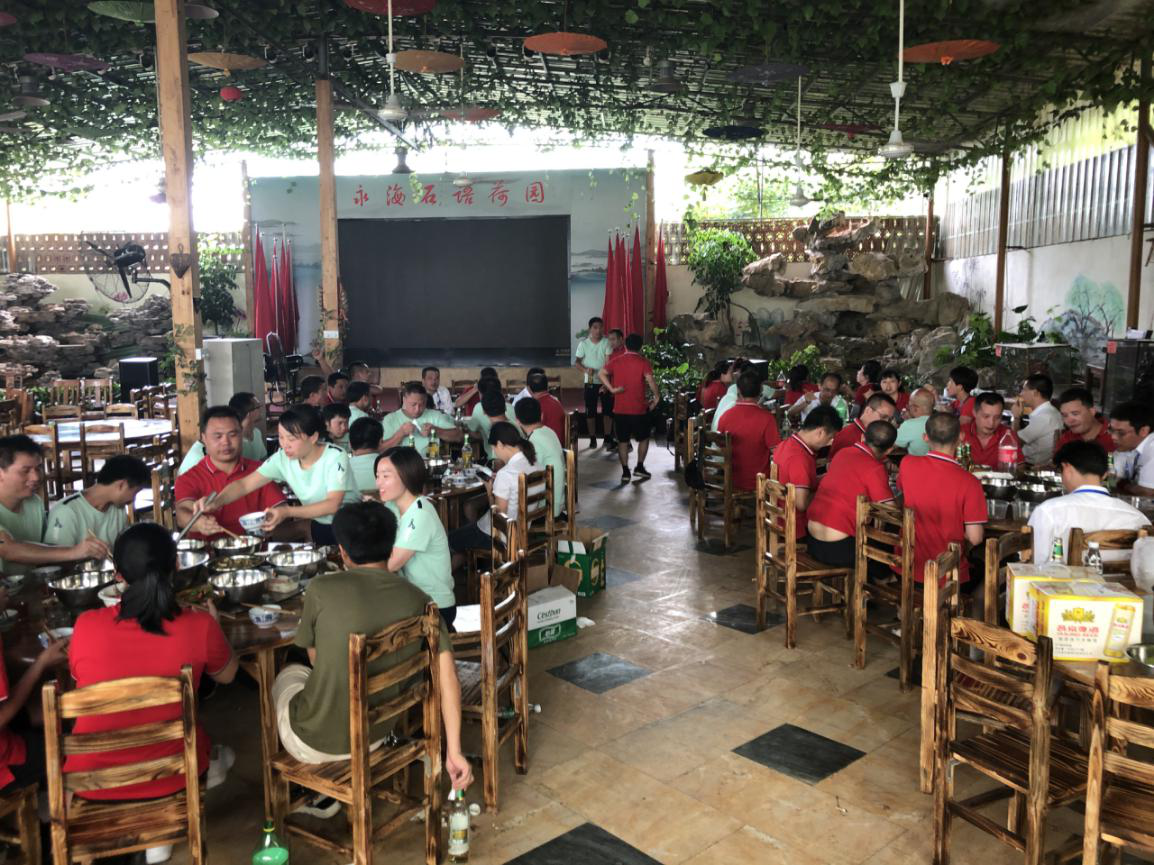 Some simple games, a simple action, a simple encouragement. Seemingly inadvertently, the cohesion of the team is slowly emerging. This is the significance of this expansion. Let's open our hearts to each other, better understand ourselves and our team. 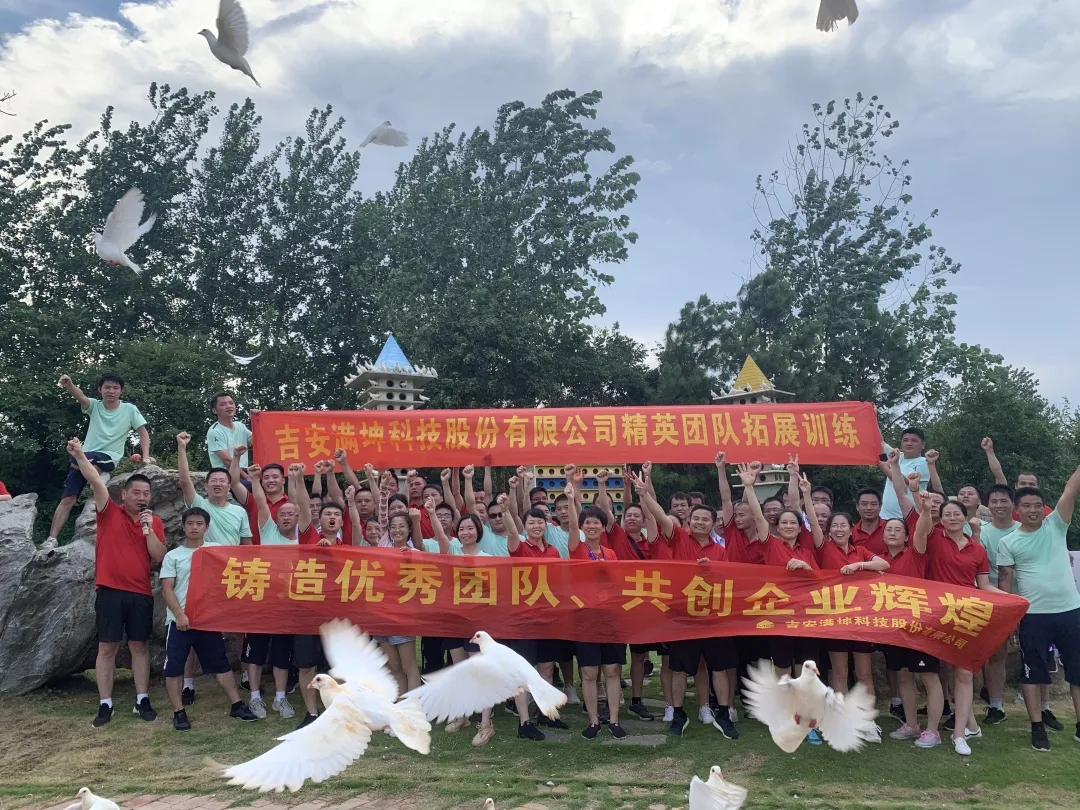