In this era of rapid development, the pace of life is so fast that we have no time to stop and think about our future. However, one person, Zhou Xiaoling from Man Kun Testing Department, has always stuck to her post and used her own actions to convey positive energy. Next, let's go with me to learn the story of Zhou Xiaoling from the Testing Department of Mankun Workshop！ 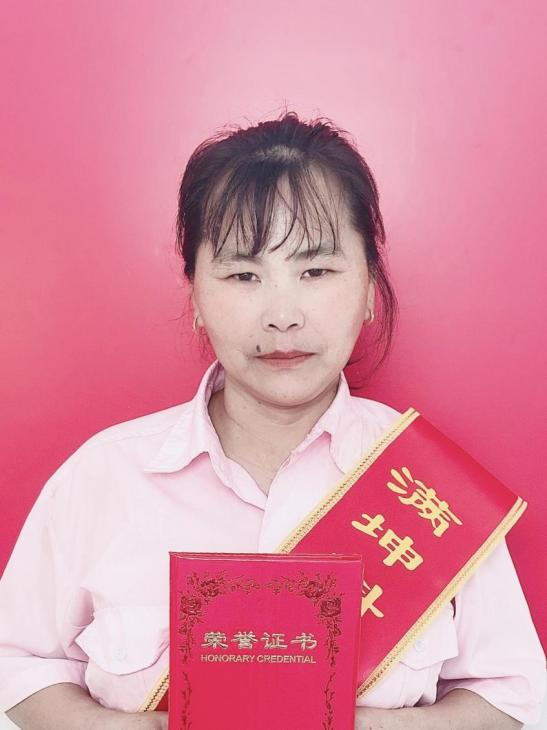 Zhou Xiaoling, born in Meitang, Ji'an, was born in March 1973 and joined Man Kun in September 2014. She is a member of the finished product washing department of Man Kun workshop. Zhou Xiaoling was interviewed for the first time. At the beginning, she was a little reluctant to speak. After careful and patient guidance from the workshop supervisor and interviewers, she said that she had been on the job for seven years. During the seven years, her daily main work was washing boards, regular maintenance, monthly maintenance, checking the parameters of washing boards, and recording data reports。 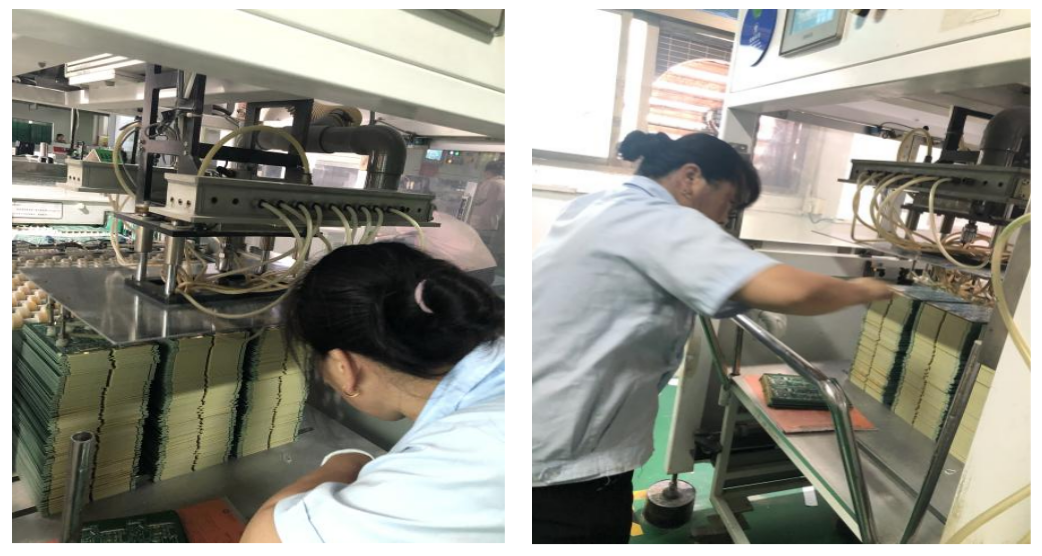 The picture shows Zhou Xiaoling working in the front line

Then, we talked about some topics in daily work with her. At this time, the supervisor standing next to her said proudly and excitedly that her daily production capacity was about 8000 square feet, and she was never late or left early. She was down-to-earth and conscientious. The supervisor's casual remarks made us hear his full trust and satisfaction in Zhou Xiaoling. Later, Zhou Xiaoling told us that we must be able to bear hardships in this job. She said that it has always been my creed to bear hardships and stand hard work, regardless of gains and losses, and be brave to be an "old scalper". The title of "old scalper" may seem a bit old-fashioned now, and it is often used by modern young people to associate with "stupid" and "stupid". We should not be afraid of being "stupid" or "stupid". I think that modern young people should carry forward the spirit that the older generation is not afraid of hardship and tiredness, that is, we should learn from the older generation and become an "old scalper" who is good at suffering. He also said, "Don't pay too much attention to returns. As long as you do it sincerely and truly, your efforts will be rewarded. What do we still care about?". It is her spirit that makes her gain the honorary title of monthly pacesetter in May 2021。 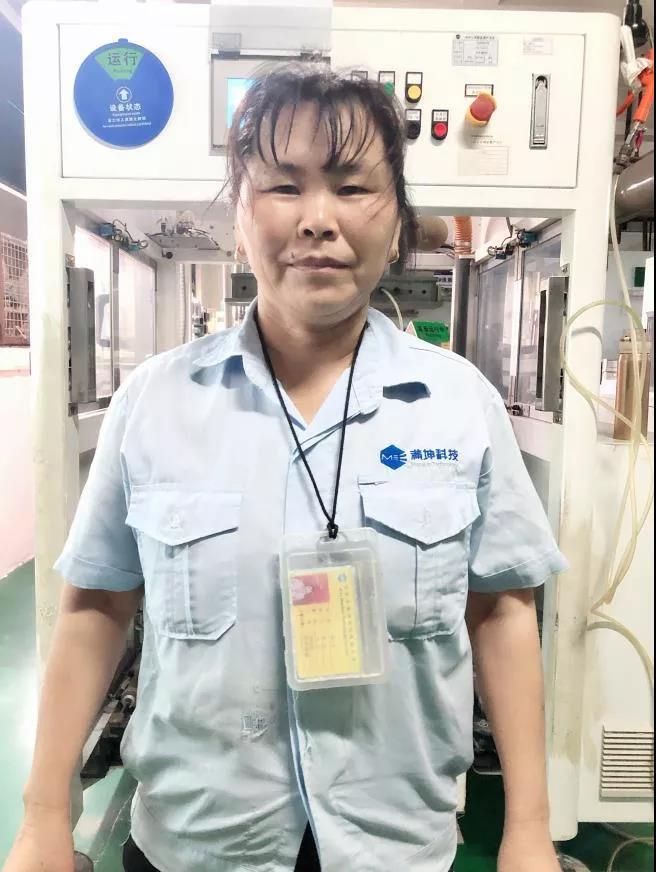 After listening to Comrade Zhou Xiaoling's speech, I was very moved. This spirit is worth learning for all of us. As long as we dare to work hard, we are not afraid of hardship, and we grow and progress together with Man Kun。

She in the eyes of colleagues

Later, we found out from several colleagues in Comrade Zhou Xiaoling's workshop that in her daily work, she was strict with herself. She was not late or left early. She was very active and optimistic. She was industrious and hardworking. She also said that she was a diligent and clean person, a good mother, and a pair of sensible and handsome children. She also paid a lot for her family. 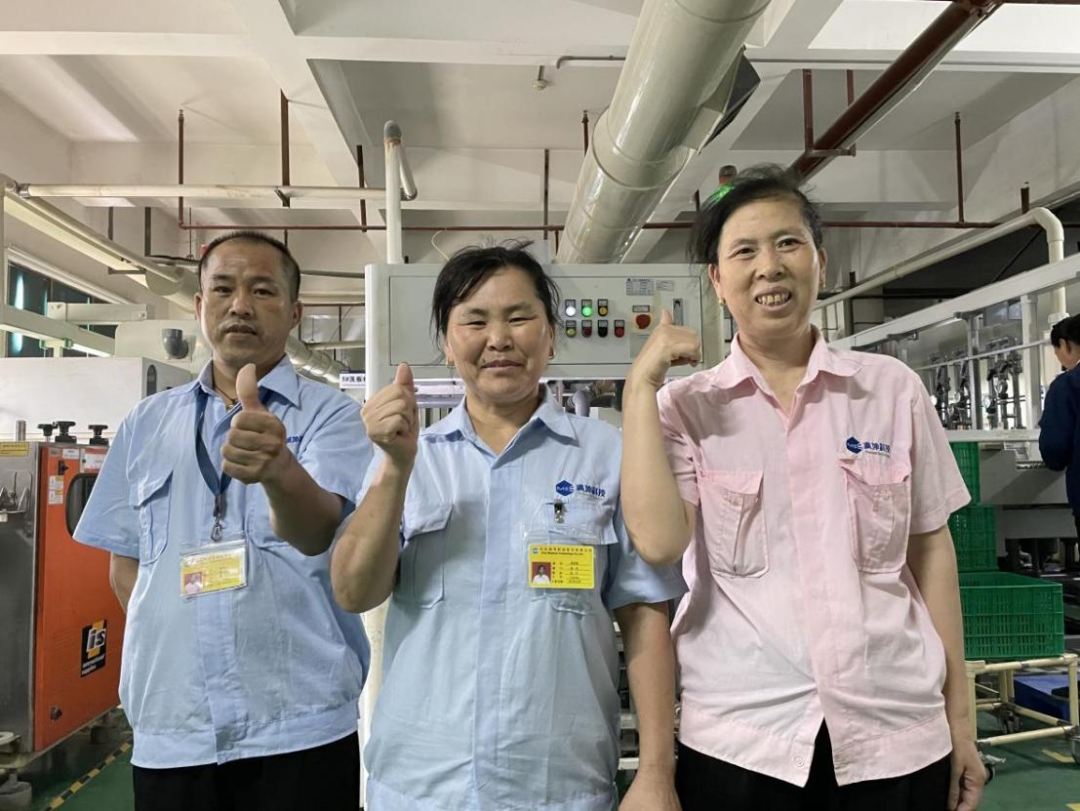 She in the eyes of leaders

Yes, she is such a person. She is strict with herself everywhere and plays a leading role as a model. She has always maintained a serious working attitude and meticulous work style. Every time the department meets, Zhou Xiaoling often says that she is grateful for the company's training and guidance, so that she can play her own value and expertise, and thanks colleagues for their help and cooperation, so that she can feel the warmth and strength of the collective in this ordinary work. She has the enthusiasm and loyalty to the company. Loyalty is a kind of faith, and it is an indispensable code of conduct and personality quality for us to live in the world and do business. Over the past seven years, she has spread her passion and enthusiasm to colleagues and leaders. She is an example for everyone to learn from, and also the positive energy spirit we need to fill the world. We should praise her. She is Man Kun's "production model" Zhou Xiaoling。